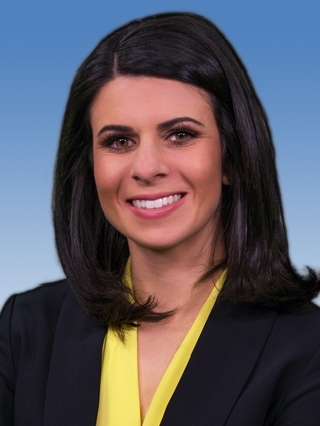 Shannon is a sports reporter who landed her foot in the door at News 4 as an intern back in June 2016. She was then hired on as an Associate Producer, working behind the scenes to help produce News 4 Today and Mornings on Fox 11 morning shows. She earned her first on-air job in the sports department in August 2018.

As a former student-athlete, she believes every athlete has a story to tell, and hard work pays off to those who pay their dues. Growing up an avid New York Yankees fan, her favorite sport to cover is baseball. Playing multiple sports throughout her life, softball was the one that has taught her the most life lessons.

Shannon attended the University of Nevada, Reno and graduated from the Reynolds School of Journalism in May of 2017. During her time at Nevada, she was on the Wolf Pack softball team. While on the softball team, she helped write the monthly newsletters and assist with other duties related to her field of study in the athletic department. She is currently receiving her Master’s degree in Educational Leadership with an emphasis in Athletic Administration.

Shannon was born and raised at the other end of the Silver State, Las Vegas. In her spare time, she likes to hike, go to Lake Tahoe and go to sporting events. She cannot thank her parents enough for their support in helping her achieve her dreams to start her career in the Biggest Little City.