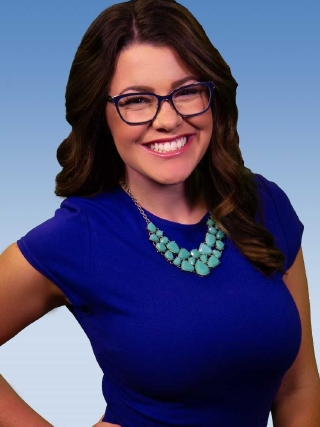 Born and raised in the Biggest Little City, Kenzie joined the News 4 team as an intern when she was a senior in high school -- that's right, high school. Over the past five years, she's held various positions including a production assistant, news photographer, associate producer and digital content producer.

Kenzie decided to trade in the high heels for a pair of cleats when she joined the sports team in August 2018 as a sports producer. She married News 4 anchor-reporter Ben Margiott in October 2019 — Kenzie definitely doesn't miss out on any news!

When she's not at work, you can catch her hanging out with friends, hunting all across the Silver State, or hunkered on the couch watching a Braves or Falcons game. (Don't mention Super Bowl LI.)

Her most memorable sports moment was when she got to meet Braves Hall of Famers John Smoltz, Tom Glavine and Greg Maddux at the American Century Championship in Lake Tahoe. (She was sweating and weak in the knees.)

Kenzie can't wait to continue her journalism career in a community that revolves around local sports.

Have a story idea? Connect with Kenzie on Twitter or via email.