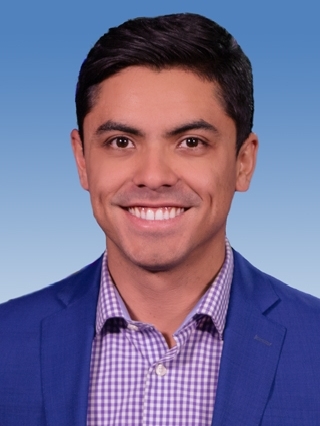 Since he joined the News 4 team in December 2015, northern Nevada has provided a lot of opportunity for Julian Del Gaudio.

But every good story starts with some background, right? Julian was born into a very large family in Pacoima, California. As a first-generation American, his half-Italian, half-Mexican heritage strongly shaped his upbringing.

He spent much of his teenage years working in his family's corner store Italian deli. When he wasn't restocking the shelves of Del Gaudio's Market, Julian spent his free time attending sporting events at Crespi Carmelite High School. An LA Times reporter called his senior class one of the rowdiest crowds in Southern California.

Julian was also involved in media classes throughout high school. It was his interest in video production and graphic design that led him to major in journalism in college.

Julian is a proud graduate of Cal Poly in San Luis Obispo. He got a taste of the sports journalism industry while working at KSBY News on California's Central Coast during college. Julian interned at KSBY for nearly a year acting as the sports anchors' right-hand man before moving to the Silver State.

He spent his first eight months in Reno behind the scenes at News 4. As a sports photographer, Julian covered events like the Arizona Bowl and Nevada Basketball's run to a CBI Championship. In August 2016, Julian made his on-air debut as a sports anchor and reporter.

You'll find Julian reporting on sports from the prep level to professional games across northern Nevada throughout each week.

Julian's favorite moment of his journalism career thus far has been covering the American Century Championship on beautiful Lake Tahoe; but its his everyday assignments that make him feel lucky to be a sports reporter. Julian loves meeting people in the community and telling stories about the inspiring athletes northern Nevada breeds.

When Julian is not reporting you can find him backpacking the beautiful Sierra Nevada.

Do you have a story idea for Julian? Send him an email or connect with Julian on Facebook or Twitter.