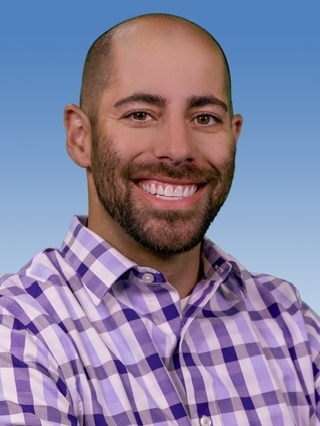 He worked for the RGJ from 2002-18, beginning as an intern before holding the titles of assistant sports editor, Nevada Wolf Pack beat writer and sports columnist. His work has been widely read across Northern Nevada and has been honored by the Nevada Press Association 21 times since 2011, including five first-place wins. His work has been honored by the Associated Press Sports Editors six times as an individual, including one win, and an additional nine times in team categories. He has been a finalist for two Gannett quarterly awards.

Chris was born in Southern California but has lived in Northern Nevada since 1987. He graduated from Douglas High School in 2000 before earning his bachelor’s (2004) and master’s degrees (2007) in journalism from the University of Nevada, Reno. He was the Reynolds School of Journalism’s 2007 Graduate Student of the Year. His master’s thesis “Barry Bonds and Lance Armstrong: Framing and race in the sports pages” was published in the 2014 book “Out of Bounds: Racism and the Black Athlete.” He co-authored “Gender’s role in perception of credibility, persuasiveness, likability and quality of sports column,” which was published in the Journal of Communication.

His articles have appeared in the Los Angeles Times, USA Today, Lindy’s Magazine, Basketball Times and many other national publications. He is one of only three journalists in the country who has voted in every Associated Press Top 25 poll in football and men’s basketball since 2012. Chris also has worked as an adjunct professor at UNR.

Chris lives in Sparks with his wife, May; children, Lexi and Dominic; and St. Bernard, Ripley.