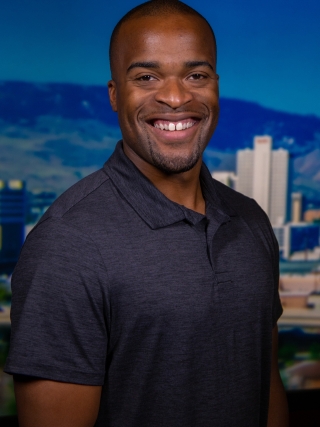 Anthony joined the sports team in May 2018 as a producer after spending a season as the Nevada men's basketball team's multimedia specialist. During his time at the university, he managed the social media platforms for the Wolf Pack team that made its way to the Sweet Sixteen after comeback wins over both Texas and Cincinnati.

He graduated from Winona State University in Minnesota in 2015 with a bachelors in mass communication with an emphasis in video production. For two years, he served as the university's assistant director of athletic communications.

Anthony was a part of Warriors team that won the Mineral Water Bowl in 2012 after defeating Lindenwood University.

A multi-sport athlete since grade school -- Anthony has loved sports since a young age.

Anthony is looking forward to the opportunities that come with the launch of the Nevada Sports Net.